June 22, 2020 – Planning for the July issue of The Reader started with the protests sparked by the murder of George Floyd at the beginning of June. The issue’s topic: Inequity, though that seemed too narrow. Why not broaden it to the real issue — social justice, or the state of race relations in the City of Omaha and the country?

Now here we are, and it feels like most everything has been said about the problems of social justice, race and inequity by every person with a relevant viewpoint — certainly by those with a more relevant point of view than from my white, privileged ass. If you’re white, well-employed and living in the suburbs, the best thing you can do as the world shakes around you is shut the f—- up and listen. Though it’s also the right time (if you believe it) to say black lives matter, you support the protesters, you recognize you’ve had a lot of breaks in life because of your skin color, and you’ll do whatever you can to help make things right.

I toyed with the idea of interviewing a black cop for this column because up until the second week of June I hadn’t heard anyone in any media ask a black cop what she or he thought about what was going on. Since then, dozens of black cops have been interviewed and have pointed out problems of racism in America.

As June rolled along, the idea of defunding police departments began to catch traction. But the concept left a lot of people scratching their heads. For example, it left me wondering as I lie wide awake in bed next to a shivering dog frightened by the boom-boom-boom of illegal fireworks who I would call to report such problems if there was no police department (A mundane problem, I know, especially when people are dying…).

I’ve known a lot of cops over the years, and they’ve all been good people. I’ve taken part in three “ride-alongs” where I sat in the back of a squad car during night shifts — one in Omaha, one in Council Bluffs, one in Kansas City. Afterward I walked away thinking a cop’s job can be as tedious and boring as it can be dangerous and thankless. I asked all the officers if they thought there was racism in their departments. All said there was (off the record, of course). They also said there was systemic racism in their communities, and that every police department reflects its community. The problem isn’t cops, the problem is racism and everything that goes with it — the inequity, the lack of social justice, the lack of opportunity, all of it.

I don’t believe the talking heads who say systemic racism can be wiped out with education, with knowledge, by people simply “listening.” I wish it were that easy. I fear that the openly racist people I’ve encountered will never change. The best we can do is to contain them, and that’s pretty tough in a free society. 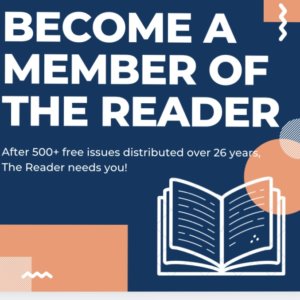 It’s a pessimist’s viewpoint. Just like my view that all the protesting here and throughout the country over the first two weeks of June won’t amount to anything unless all those young folks who were out there getting tear gassed turn up at the polls in November. But all the evidence from past elections indicates that simply won’t happen.

But even if all those young people we saw in our streets voted, would it make a difference in our local election? Remember who we didn’t see standing with fists in the air at 72nd and Dodge or marching in the Old Market: Old white people — thousands of them — most of whom watched the protests from the comfort of their easy chairs. You better believe they’ll be at the polls come November.

The good news: It might take another year and a vaccine before we stop wearing masks in public, but the conventional wisdom is we’ll get through it, just like we got through polio, small pox, ebola and all the rest. I don’t know if the same can be said about racism. The best we can hope for is that this angry generation that spent the first half of June marching in the streets with tears in their eyes and boots on their backs does better than the ones that came before them, and that the remnants of racism die off, just like any other disease.

Category: Over The Edge, Top Story