Home » Film » Root for the Minotaur 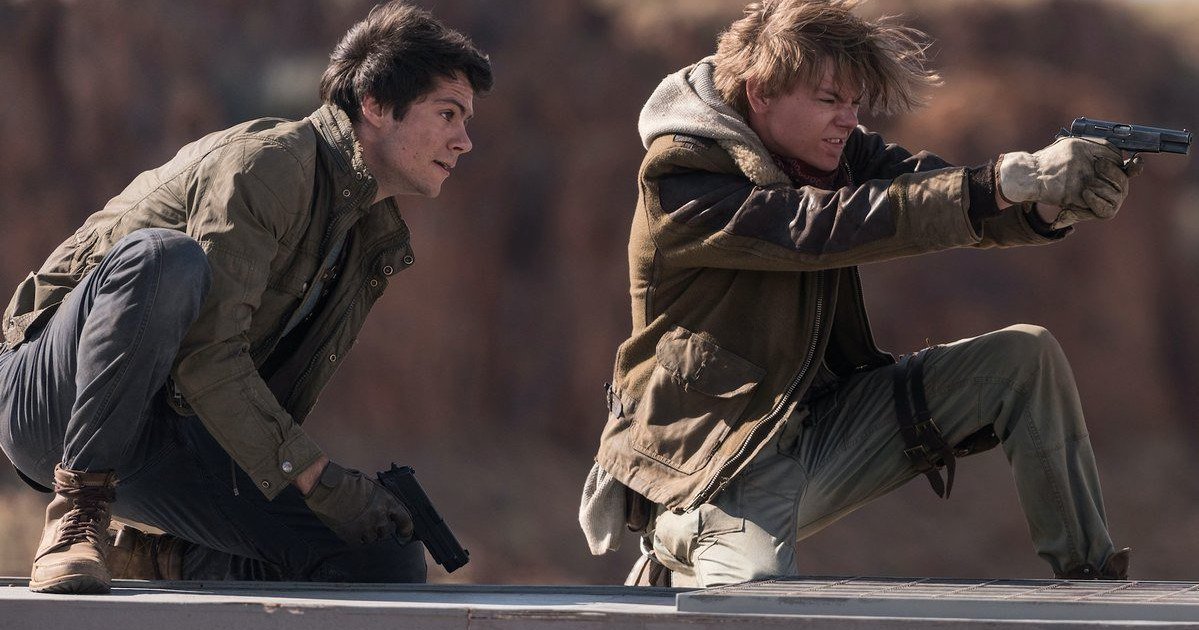 Like Edvard Grieg’s “In the Hall of the Mountain King” if it ended with an armpit solo, the feverish momentum of the Maze Runner series concludes with a bellyflop into the fetid water of a poorly-skimmed pool. Never the most popular boy at the YA-adaptation prom, the series made up for its blatant blemishes with near-maniacal energy and exuberance. But just ask Wile E. Coyote: It doesn’t matter how fast you’re running if the finish line is painted on a brick wall.

The Death Cure begins shortly after The Scorch Trials ends, with the infallible and messianic idiot, Thomas (Dylan O’Brien), trying to rescue his friend Minho (Ki Hong Lee) from the clutches of WCKD. That is seriously the acronym of the evil organization created by alleged novelist and master of subtlety, James Dashner. Minho and scores of others are being tortured by Patricia Clarkson, which sincerely doesn’t sound all that bad. Clarkson’s Ava Paige is attempting to save humanity by MacGyvering the cure for a plague from the DNA of immune young people. Honestly, the Baby Boomers are doing far shittier things to the next generation in real life.

The Death Cure is about rescuing exactly one person at the cost of most remaining human life on earth. No spoilers, but now that the final revelations are in, if Thomas had capitulated to his captors at the very beginning of the second film, he wouldn’t have copious amounts of dead friends, humanity may have continued to thrive and some of us wouldn’t be left figuring out how to write an entire review around the words “don’t bother.”

Director Wes Ball and cinematographer Gyula Pados should make a YouTube tutorial with Porky because only their lipstick makes this pig passably kissable. From the opening train heist to the climactic city-storming shenanigans, the talented pair make you wonder what they could have done if Dashner’s final installment wasn’t violently, powerfully stupid. They did everything they could to distract audiences from asking basic questions like “Why would that character shoot that other character for absolutely no reason?” or “Wait, aren’t the bad guys kinda, you know, right?”

That last question is the worst. Theoretically, it’s thematically interesting to ask if the exploitation of a society’s youth is ethical if it is literally the only way to save 99% of humanity. The film does not care about this moral quandary and would much rather fling twentysomethings off buildings in slow-motion or have the grown-up kid from Love Actually barf black goo.

But what this trilogy-ender should be executed for, above all else, is finding a way to be both boring and loud. The first two movies weren’t “must watch” picks by MENSA, but they were escapist fun. The Death Trials has all the entertainment of watching attractive young people run up and down MC Escher’s steps while one of them cries a lot. The unofficial end of the entire YA adaptation era has seemingly arrived, and just like adulthood, it sucks.