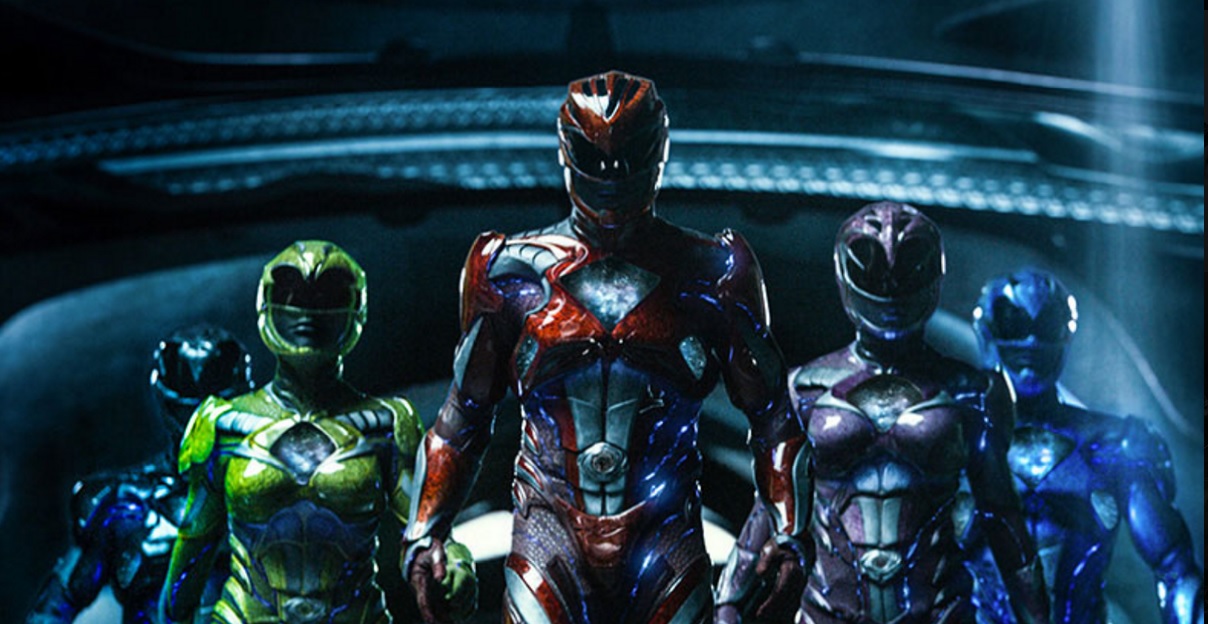 In the first 10 minutes of Power Rangers, an alien Bryan Cranston kills all the dinosaurs and a high-school kid performs bestiality. Things get weirder from there. No one had reason to expect much from a big-budget reboot of the profoundly schlocky 1990s TV show, Mighty Morphin Power Rangers, which was itself hobbled together out of bonkers stock footage from a Japanese series. Both buoyed and burdened by the maniacal nostalgia of fans, director Dean Israelite and screenwriter John Gatins had to delicately balance an inexplicably dense science-fiction conceit with gaudy visual goofiness, kung fu and teenage angst. The result is a messy, weird, simplistic superhero riff that is somehow pretty great. Honestly.

From worst to best, the core characters are Jason (Dacre Montgomery), who is basically the embodiment of season two of Friday Night Lights; Kimberly (Naomi Scott), who has an updated backstory involving revenge pornography; Zack (Ludi Lin), who lives in a trailer with his mom and claims to be “crazy” every other sentence; Trini (Becky G), who is bisexual and unhappy at home; and Billy (RJ Cyler) who is wicked smart and on the autistic spectrum. The five find glowing magic coins that give them superpowers and are told by the holographic head of Zordon (Bryan Cranston) and a robot, Alpha 5 (Bill Hader), that they’ll need to stop Rita Repulsa (Elizabeth Banks) from using a giant monster made of gold from pulling a giant crystal out from beneath a Krispy Kreme. Cue the wailing guitar, it’s morphin’ time!

Power Rangers is stupid. But almost every comic book or superhero movie is, at its core; some just successfully disguise that stupidity with spectacle and quality characters (most Marvel movies) whereas others attempt to mask it with gritty self-importance (most DC movies). Power Rangers goes with secret option C: It embraces the stupidity and conflicting tones and rides that shit like a rollercoaster designed on LSD. This is a movie where heartfelt, nuanced character revelations are sandwiched between Elizabeth Banks eating gold necklaces and Bryan Cranston emotionally chastising teenagers for their lack of mophin’ prowess. And it works. It works precisely because it is sincere about every ridiculous twist of tone, committing as much to quiet father/son strife as to lines about stopping the forces of evil from getting to the Krispy Kreme. It also works because they cast the living crap out of it, choosing young actors with potent charisma and not just model-caliber bods.

The nonchalant handling of Trini’s nonbinary sexuality is deft, with her and Kimberly having as much flirtatious energy as any would-be hetero pairing. Billy’s autistic spectrum placement may not get the most revelatory or nuanced handling, but he’s easily the best character and refreshingly different from 99% of superhero tropes. Sure, nobody needs another white, misunderstood, small-town high-school star QB as “team leader,” but even Jason is surprisingly forgivable in light of how other characters are depicted.

Compared to the bulk of the superhero cinematic era, Power Rangers has more diversity in sexuality and race; is more secure in its silliness; demonstrates fantastic pacing; places its emphasis on its heroes and leads and not supporting cast or villains and feels light and kinetic even when trying to be “real” and serious. Exceeding expectations and promising fun times ahead, give me scores more Power Rangers before whatever Batman has in store next.