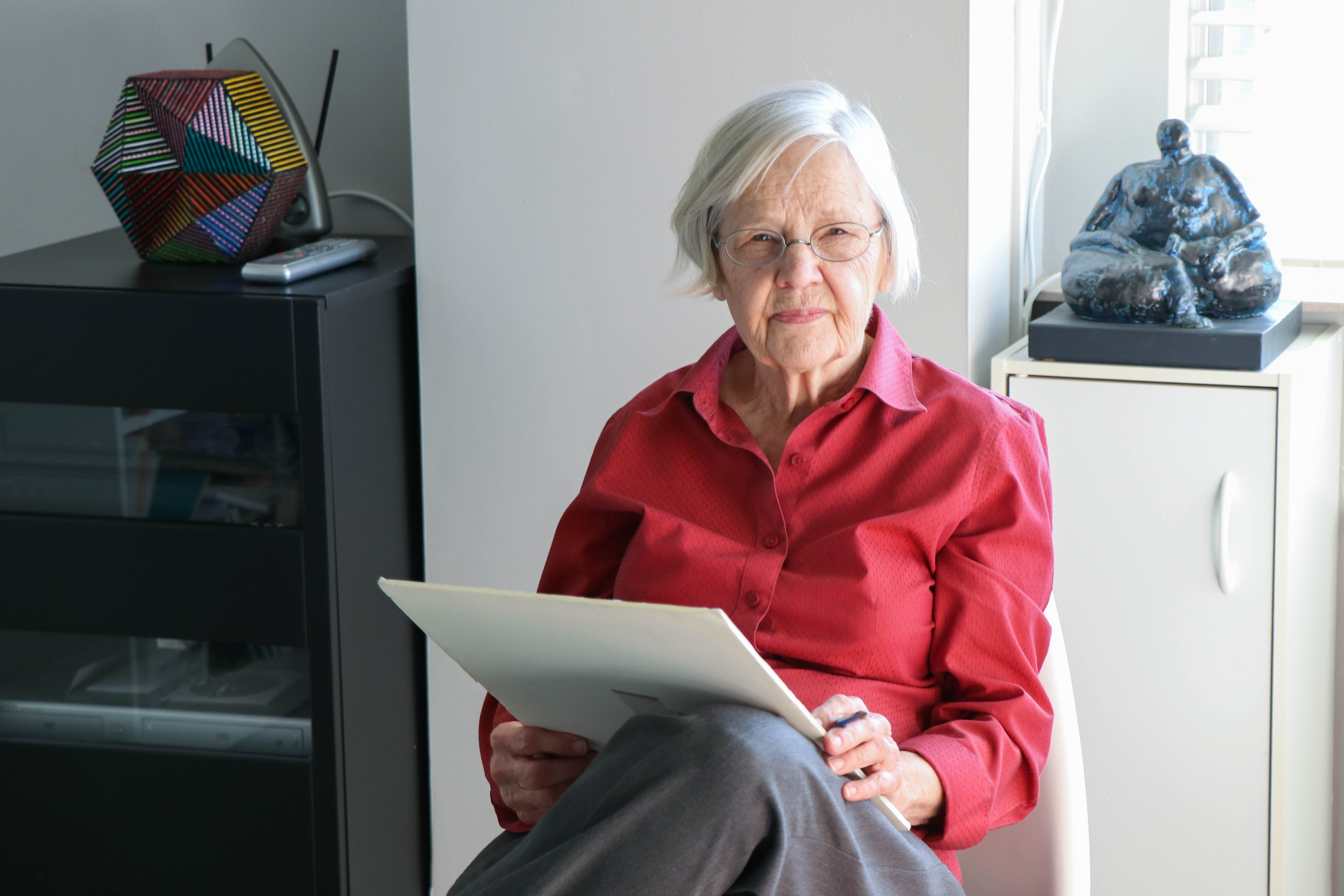 When it comes to making a difference in one’s community, artist and mentor Eddith Buis is something of an authority.

For more than 40 years, Buis has instructed in the arts for Omaha Public Schools and Metro Community College, all the while contributing personally to public art and discussion, and private collections. From numerous group and solo exhibits to initialing the popular J. Doe Public Art Project in 2001, the multi-media artist has made her mark in the Metro. 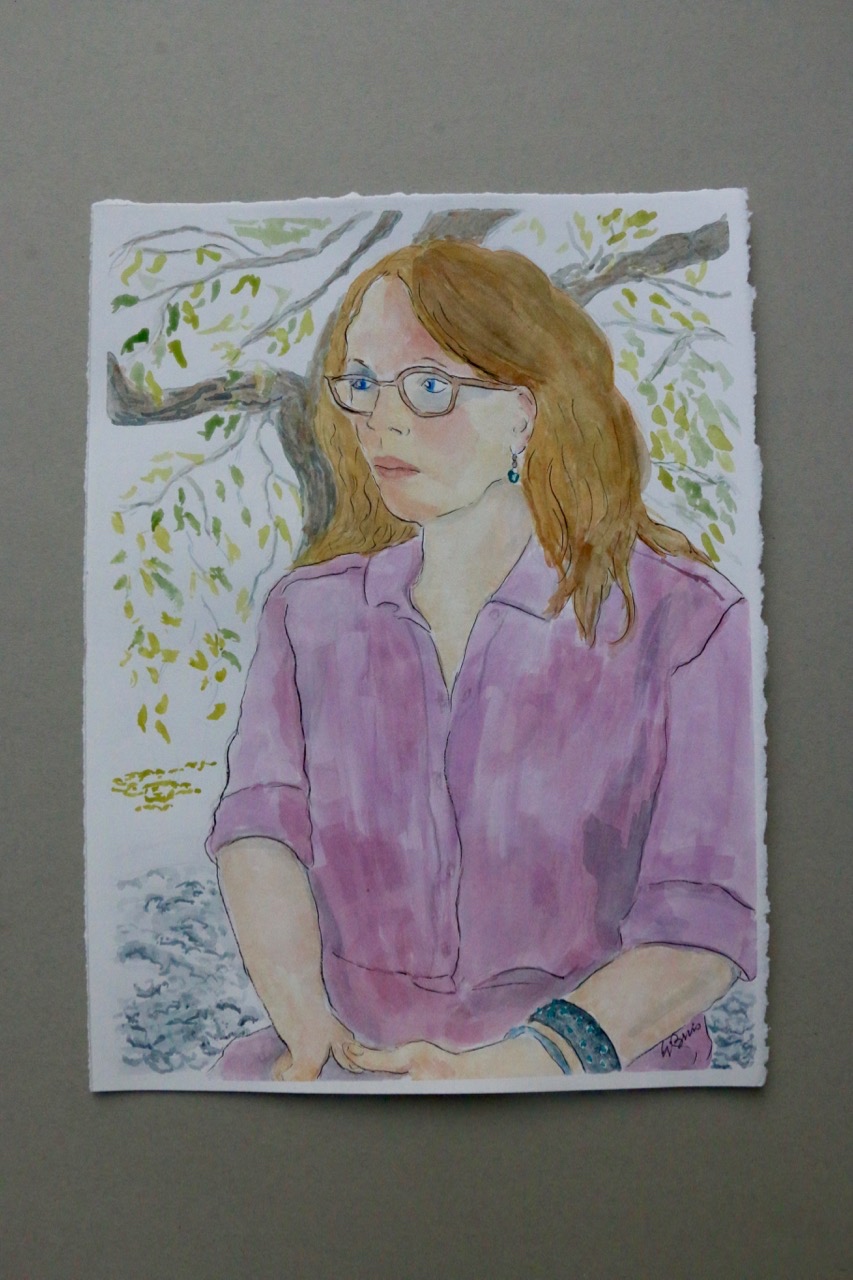 Yet Buis knows she’s not alone. For the past few years she has devoted her art to creating portraits of others who she says have made Omaha a better place to call home and be a part of. It began in 2016 with her exhibit at the Bancroft Street Gallery aptly titled Homage, casual, yet cleverly revealing portraits “to honor the fine artists, actors, playwrights, writers, dancers and cultural advancers of the arts in the Omaha Metro Area.”

Now, Buis is ready to move on to the next stage, once again Making a Difference, another set of Metro portraits, but this time widening the playing field. 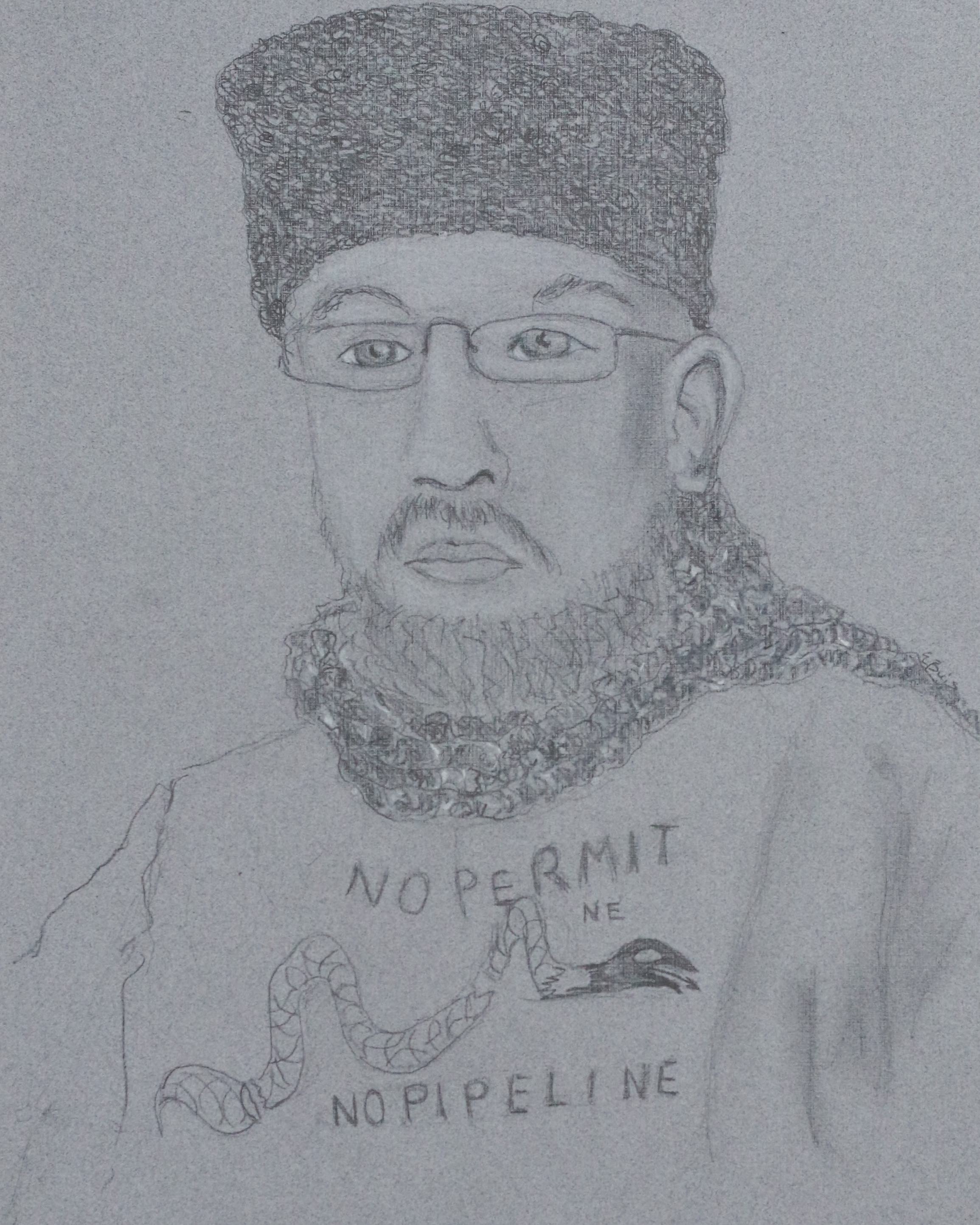 Making a Difference, the exhibit, which opens from next Friday, Feb. 2 from 4-6 p.m. at the Michael Phipps Gallery in W. Dale Clark Library, consists of “everyday Omaha folks I know who are doing a bang-up job helping our city to be a good place to live.”

Like Homage, this is no small endeavor: 61 portraits in graphite with white conte crayon highlights on gray paper. Individuals were grouped and chosen for posterity from several categories that range from Activism and Health and Healing to Writers and Arts and Education, as well as Neighborhood Betterment and Service to Others. Above all, Buis’ goal this time out was inclusivity. 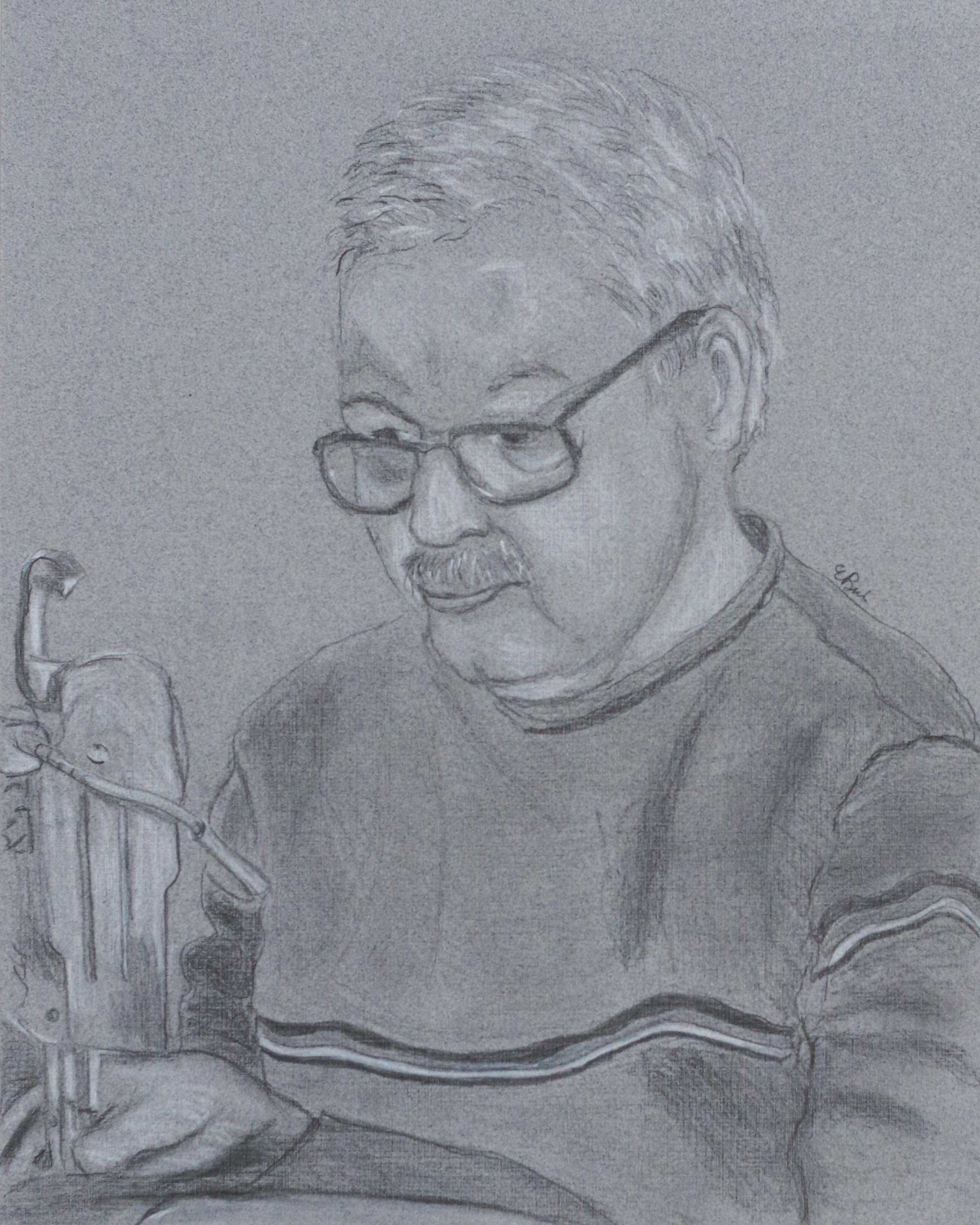 “I set this up to be as diverse as possible as far as cultures and race, but the individuals are all chosen by what they’re doing for Omaha—their talent and dedication are awesome,” she said. “Mahmud Fitil is from Crimea, and Muslim. Has been in Omaha since he was 17, and is a ‘pipeline fighter’ in the activism category. Oscar Olvera is an upholsterer, and in the Design/Build category…you can see a bit of his sewing machine in the drawing.”

Conceptually, Buis’ commitment to her art, public recognition and social justice the past two years parallels the similar100 People public art project of artist Watie White. White’s seven-foot tall prints of marginalized minorities of race, color, creed and gender can be seen in their neighborhood settings, lately in Midtown, Blackstone and Benson.

As with Buis, White has said “I want to stand with them—people who are making a positive change in this city, large or small.”

Unlike White’s bold, nearly larger than life woodcut prints–a medium and technique that Buis excels in also—her smaller unassuming portraits are more humble renderings that strive for nuance and subtle shadings of personality and character. In their nearly folksy charm several subjects seem to demure from attention in keeping with the underlying theme of this exhibit, being out of the spotlight while making a difference.

In a final show of Buis’ appreciation for their contribution, the artist is gifting the portraits to each of her subjects which can be picked up the day of the closing Feb. 28. Before then viewers can add their own recognition and appreciation to the following, grouped by category: Activism–David Corbin, Mahmud Fitil, Mark Loscutoff, Anahita Rashidi, Virginia Walsh, Elaine Wells; 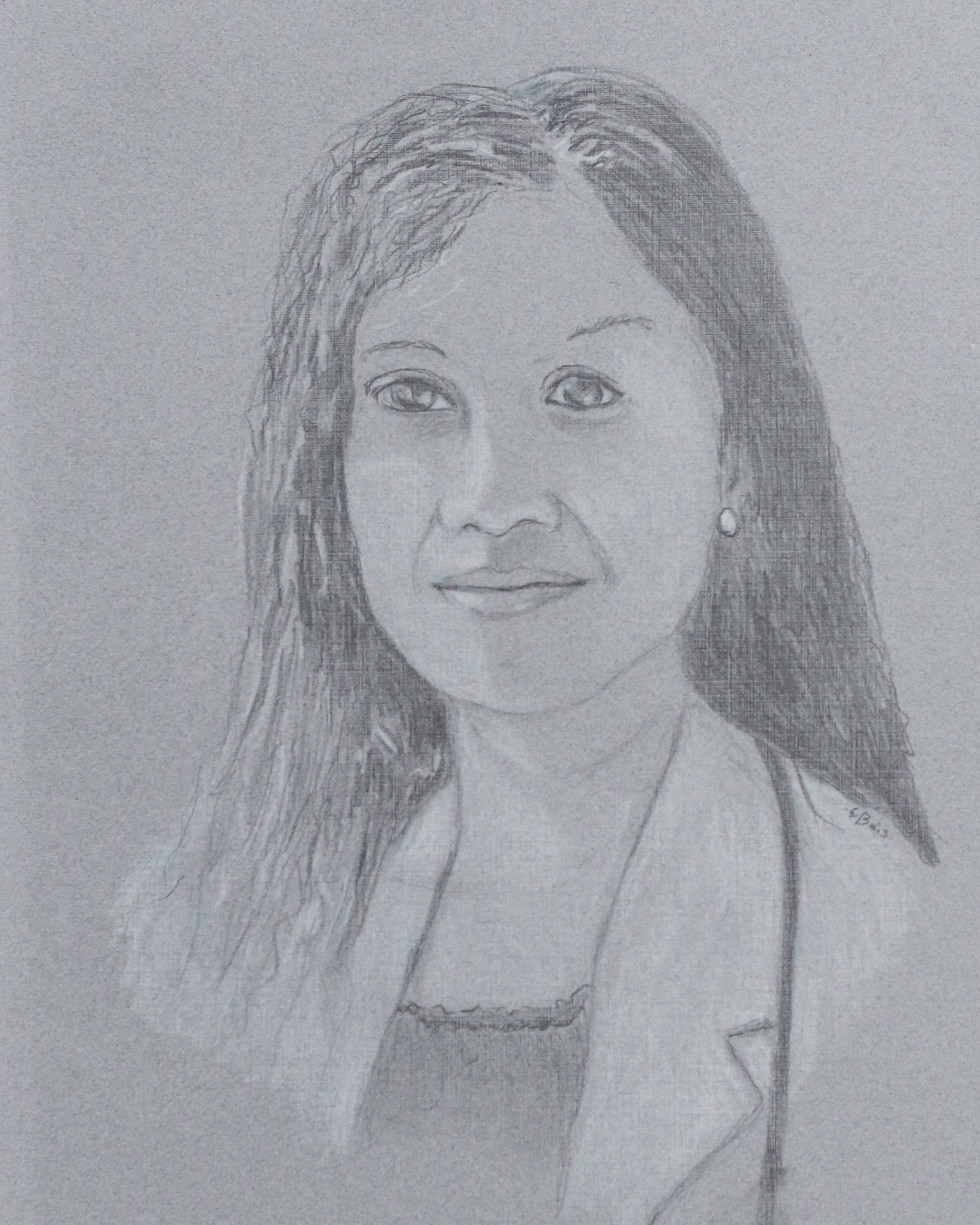 Correction: this story incorrectly reported Mahmud Fitil’s age when he came to Omaha as 12 instead of 12. This was changed Jan. 28, 2020